I pointed out last year something I thought was so blindingly obvious that it didn’t make any sense to keep up the charade. If anything, we should know by now that anything can be abused where it previously had some legitimate purpose.

And medical companies made good money pumping us full of this stuff.

Bayer was one of the premier providers of today's poisons. 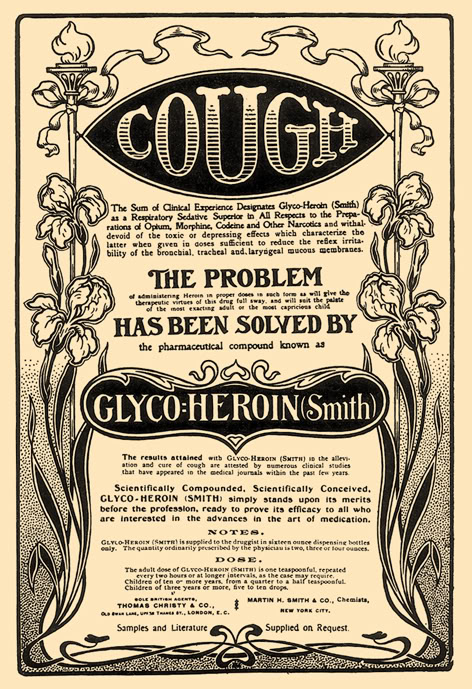 Let's cure that cough with Heroin!

And CocaCola was an early supporter of cocain. In fact, the name of the company comes from this particular ingredient.

Relieves tension, by removing your inhibitions

Of course, the academic community also encouraged it. As this Scientific American article from 1906

Of course, it wouldn’t be fair if we left cigarettes out of this. After all, doctors loved Camels. 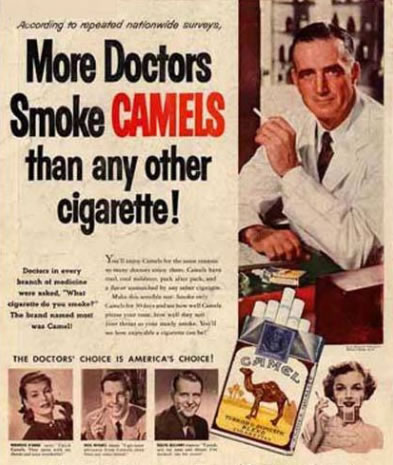 I wonder if any of these doctors are still alive... Probably not.

Even our former persident, the late Ronald Reagan enjoyed Chesterfields. Incidently, the brand got some attention again for being used in the movie True Romance in a part called the “Sicilian scene”. 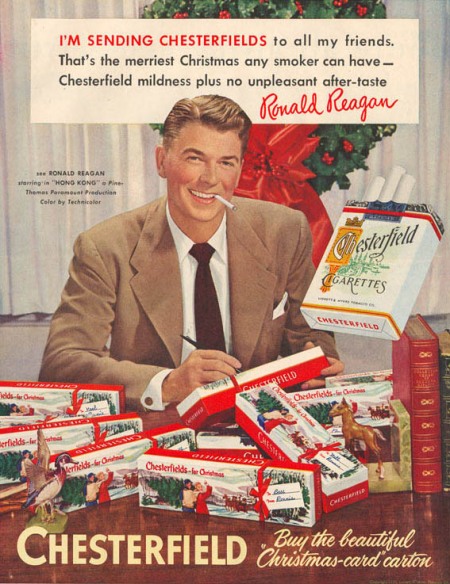 And, of course, Santa loved Pall-Malls. 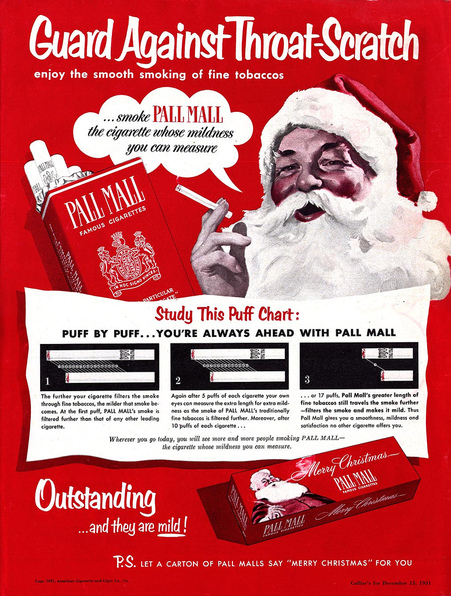 I imagine it gets a bit chilly up there.

Or is it Lucky Strike? 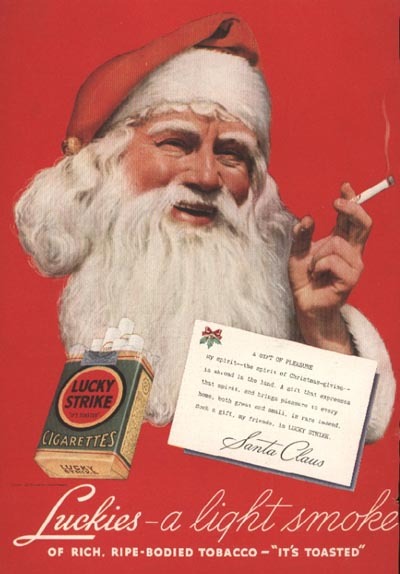 Does St. Nick get tired of being dragged in to be the posterboy for competing products?